This year France will host the 8th edition of the FIFA Women’s World Cup. 24 out of 130 national teams affiliated to FIFA will participate in the tournament that will start on June. 52 matches, 9 venues and 16 TV broadcasters following one dream: become World Champions. 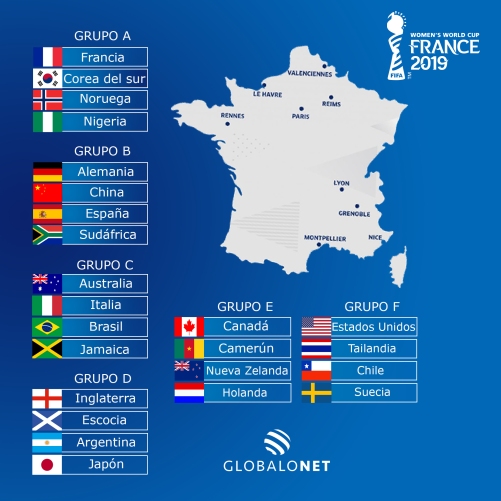 Gianni Infantino, president of FIFA, anticipated that 2019 will be the year that will change the paradigm of women’s football forever. A high stake but also a real one, given the records that the discipline is constantly beating, which made more girls from many countries get to know and start practicing this sport.

June the 7th will be the starting day of the World Cup, which will last one month. France, USA, Germany, China and Sweden are the favorites to win the trophy.

24 national teams from all over the world (CAF: Africa – AFC: Asia – UEFA: Europe – Concacaf: North America and Central America – OFC: Oceania – Conmebol: South America) will participate in the tournament, divided into 6 groups of 4. The first and second of each group, together with the 4 best thirds will qualify to the round of 16. 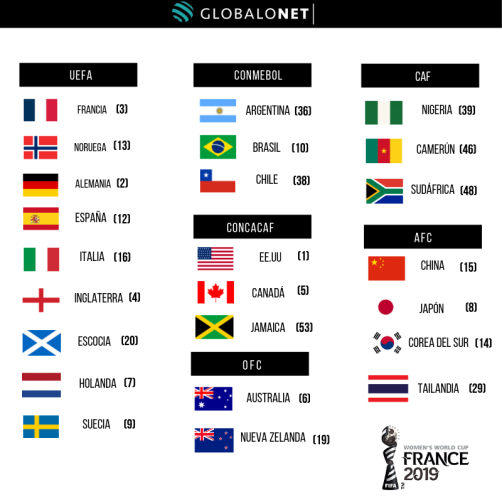 There will be 9 venues distributed in different points of the country: Lyon, Grenoble, Le Havre, Montpellier, Nice, Paris, Reims, Rennes and Valenciennes. All 52 matches of the tournament will be broadcasted by TV networks such as DirecTV, Fox, BBC and others.

USA will be the team receiving most of the attention, having reached 4 finals and achieving 3 titles, the most in history, followed by Germany with 2, and Norway and Japan with 1.

Some of the major figures on the competition will be the American goalkeeper Hope Solo, distinguished as the best goalkeeper in the last two world cups, Beckie, young promise of Canada and current player of Manchester City, and the local Henry, who was recognized by FIFA as one of the ten best players of 2018. Regrettably, Marta, all-time top scorer of World Cups with 15 goals for Brazil, might miss the competition due to family issues.

Only a few months away from the beginning of the tournament, and as FIFA usually does with this kind of events of high attendance, tickets are already on sale and they are expected to surpass the quantity issued on 2015 World Cup in Canada.

Based on official data from FIFA, the influence of women’s football is notorious, with 45 million women practicing the discipline today. To continue with this growth, in 2015 a program for the development of women’s football was implemented, with over 130 associations involved. Also, each Federation has to present a program of aid to women and kids in order to participate in FIFA competitions. In this way, women’s football has achieved a growth without precedents in this sport, and the future seems to be even brighter.